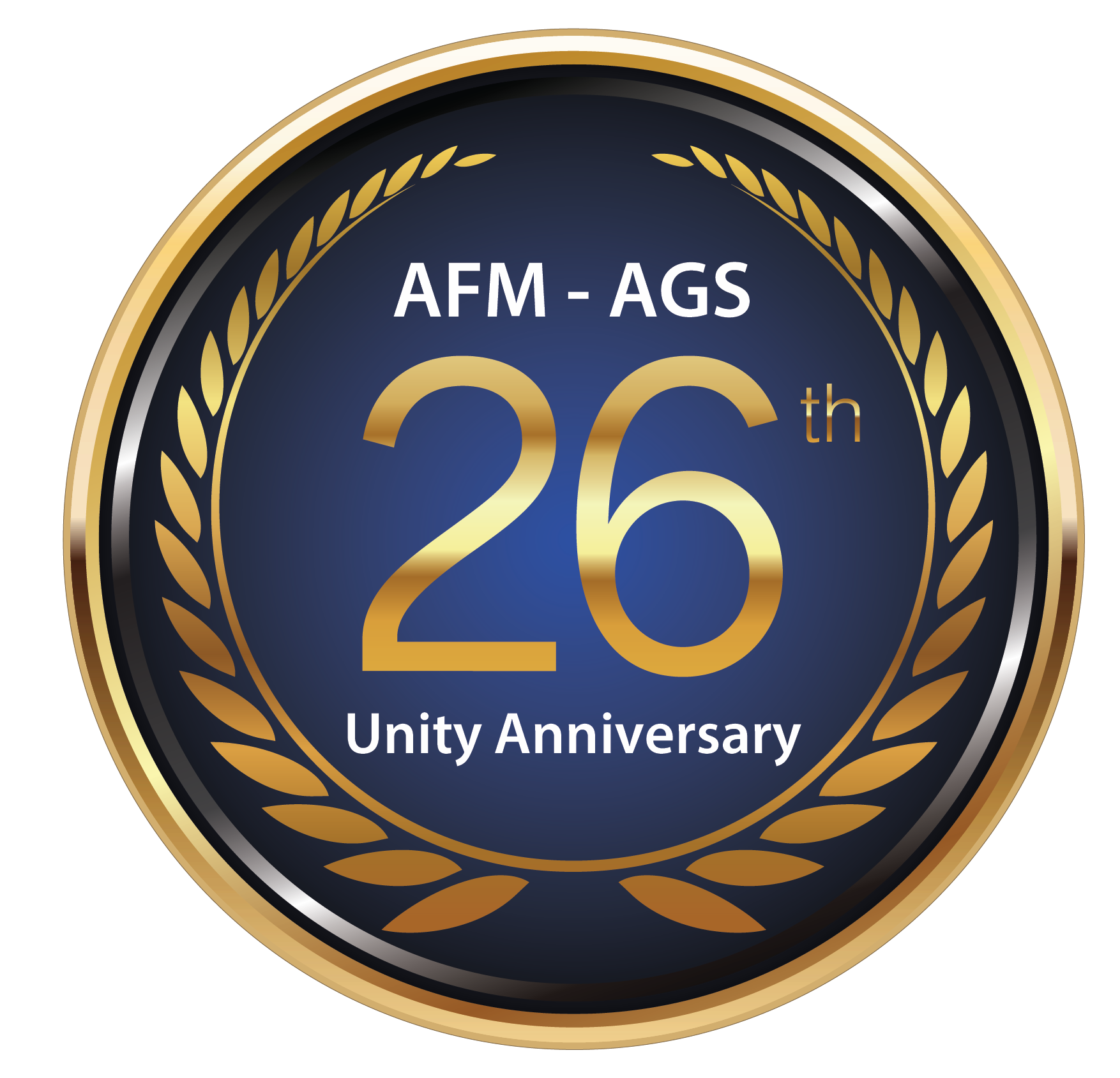 On the 5th of April 2022, we celebrated our church’s 26th Unity Anniversary at the AFM National Office in Centurion (Gauteng). Together with my fellow National Office Bearers, we had the privilege of sharing lunch with the Office Bearers of 1996. In our conversations, we were reminded of what happened on this day 26 years ago. Many of us were present as the AFM Church gathered at the SuperSport Park stadium in Centurion when Dr Isak Burger and Past. Frank Chikane took to the stage. Prompted by the Holy Spirit, a historic moment of reconciliation was witnessed between these two leaders. That day was the start of the AFM’s unity journey.

We have decided to dedicate this Pastoral Letter to our unity journey. Our unity is precious and part of the witnessing of our church. We trust that it will inspire and bless you!

MILESTONES IN OUR CONTINUOUS JOURNEY TO UNITY

Dr H.J. Weideman (President of the AFM of SA)

At its inception in 1908, the Apostolic Faith Mission of South Africa (AFM of SA) was a multicultural and non-racial church. The decades between 1948 and the 1980s were marked by a racially defined church, as the AFM succumbed to the influence of the Government’s policy of Apartheid and the prevailing culture of the time. The changing political landscape in the country affected the church to a point in 1944 where the White church was viewed as the “mother church” while the Black, Coloured and Indian churches were regarded as “daughter churches”.

Discussions on the church’s unification started around 1975. In August 1985 the AFM produced a Declaration of Intent to unite the church and remove racial connotations from its structure. This document was endorsed by the entire church in 1986.

After a lengthy unity process, the Black, Coloured and Indian churches united into the Composite Division, which united with the White, Single Division. On 3 April 1996 the AFM of SA achieved structural unity when the joint Workers Council (GBM) overwhelmingly adopted a new non-racial and non-sexist constitution and elected National Office Bearers for the united church. This constitution dropped all racial and gender references and presented the AFM as one united church.

Although the church celebrates the structural unity achieved in 1996 as a milestone in our continuous journey of unity, the challenge to deepen and strengthen this unity remains ongoing. This has led to the need to intentionally build cohesion across cultural, ethnic, language and socio-economic backgrounds in the diverse society that South Africa and the AFM reflect.

In a moving Unity Ceremony on Good Friday, 5 April 1996 at the Centurion Park Stadium (attended by ± 15 000 people) the newly elected President of the unified church, Dr Isak Burger, asked for forgiveness from the former Black, Coloured and Indian – on behalf of the previous White church. The then newly elected Deputy President of the AFM, Past. Frank Chikane, accepted Dr Isak Burger’s pleas on behalf of the former Black churches. This made the AFM of SA the first church denomination to unify since the advent of South Africa’s democracy.

In a video made for the 20th Unity Celebrations in 2016, Past. Frank Chikane talked about the time when the three “daughter” churches decided to unite as the Composite Division. He said: “We had challenges about constitutions, technicalities and all those types of things. At one stage we stopped the process and asked: Does God want us to unite? And we said: Yes, the Holy Spirit wants us to be united. We left the constitution, declared ourselves united and said the constitution will follow, and indeed it did.”

Since 1996 the AFM of SA functions with the following fully integrated organisational structure:

The Truth and Reconciliation Commission

On 19 November 1999, Dr Isak Burger and Past Frank Chikane along with Pastors George Mahlobo, Peter de Witt, Ronnie Naidoo and Ansley Jacobs, met with the Truth and Reconciliation Commission (TRC) in East London and made a presentation on behalf of the AFM Church.

As part of the AFM’s presentation at the TRC, Dr Isak Burger said: “The 1997 Workers’ Council (the first GBM after unity) reacted in humiliation to the call of the Almighty to become an instrument of healing and reconciliation and decided to unconditionally accept responsibility for the fact that the church was not the voice of God of reconciliation in this country for so long as the community was separated by racism.”

He also said: “We have admitted the errors of our ways; we have apologised collectively and individually to each other. We have apologised to those beyond the reach of the AFM which we might have caused harm to. We now are faced by the enormous task of getting to grips with questions such as reconciliation, healing, bridge building, poverty, joblessness, and creating a mentality of challenging government and keeping an eye on those ruling over us, in a bid to prevent the mistakes and sins of yesteryear being repeated.”

Although many local Assemblies have their own vision statements and focus areas, they all relate in some way to the united AFM’s national vision:

“We see a church accessible to all people, celebrating our unity and God-given diversity, empowering our members for caring and changing communities to the glory of God.”

To fulfil this vision the AFM of SA adopted a Missional strategy, also known as the One AFM Game Plan in 2013. This strategy focuses on Discipleship, Empowerment, Community Involvement, Ecumenical Involvement and Good Governance as drivers toward becoming a Missional movement. 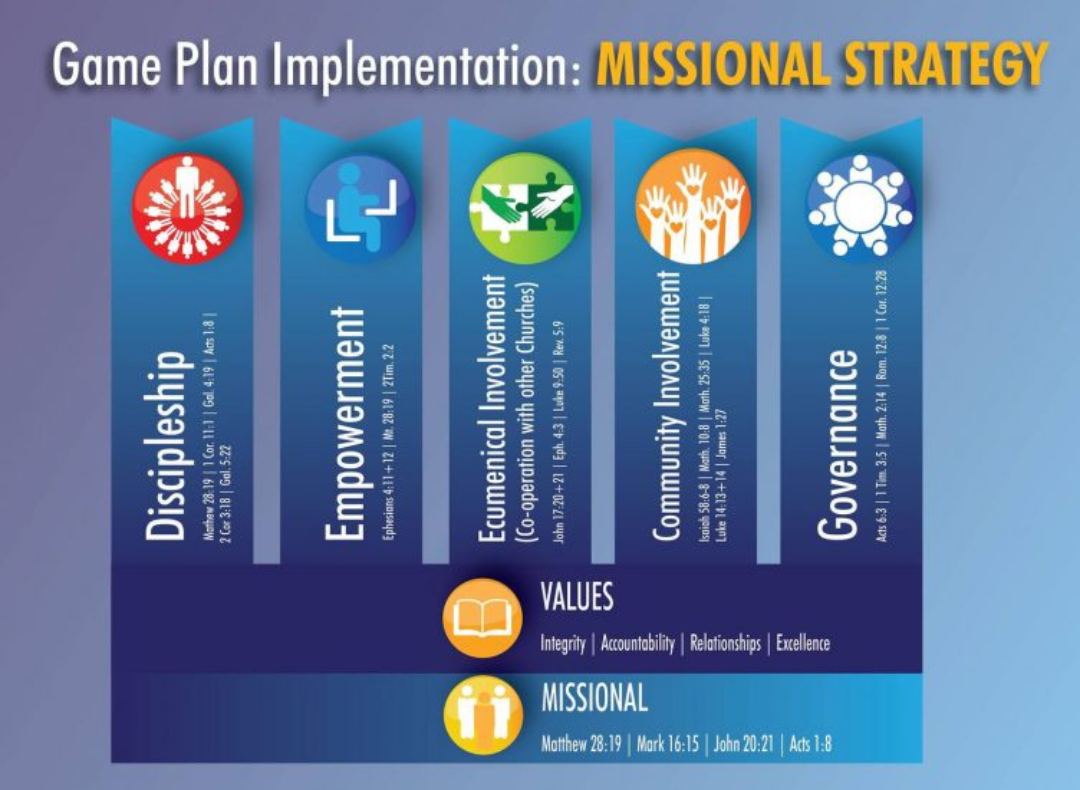 At the different structural levels of the church reconciliation and unity are experienced as follows:

National Level
Unity and growing reconciliation are experienced. AFM leaders are building relationships as colleagues and friends. The National Leadership Forum had a few empowerment sessions intended to make participants sensitive to, and appreciative of our cultural diversity. Painful experiences emanating from the past can be exchanged more candidly, without members taking offence or becoming bitter. Acceptance of one another’s views on issues are growing.

Regional Level
Regions and Networks experience the deepening of unity and reconciliation at different speeds – the most being representative of the diversity of the AFM. It is however mainly Pastors, their spouses and Assembly Governing Body members that regularly meet on a cross-cultural basis for regional meetings, break-aways and empowerment sessions.

Local Assembly Level
Although there is a noticeable increase in multi-cultural Sunday services and -Assemblies, many members do not experience unity and reconciliation in practical terms at the Assembly Level. Most Assemblies remain in the paradigms of culture, language and geographic areas.

Past. George Mahlobo, AFM General Secretary since unification and President from 2016 to 2021 headed an inclusive advisory committee on cohesion during his tenure. The purpose of this committee and the ongoing focus on cohesion is: To explore more ways of celebrating our God-given diversity; To understand our communities and measure social cohesion; To engage our communities and build partnerships between key stakeholders; To prevent and respond to incidents of racism or conflict between groups; To strategically plan for the needs of our communities now and into the future; To monitor, evaluate and share outcomes.

The list below includes, but is not limited to some of the proposals made by the Committee on cohesion:

SPECIAL MESSAGES FROM THE 1996 OFFICE BEARERS 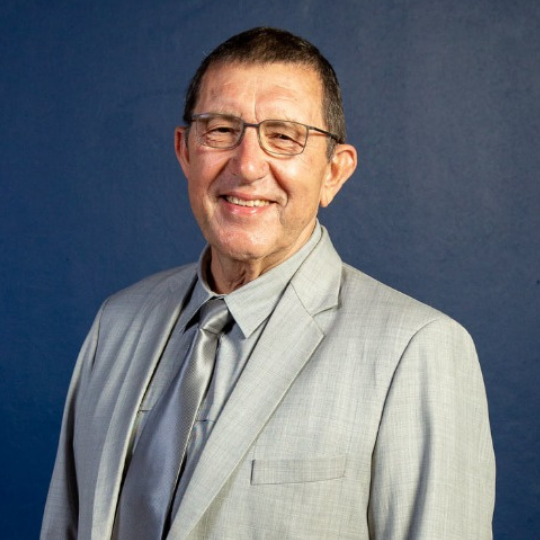 “Since the start of the AFM in 1908, the unification of our church in 1996 may be considered the most important event in our history. One can hardly imagine what would have happened to the oldest and leading Pentecostal church in South Africa had this not happened. We would have been unfaithful to the Scriptural principle that race should not be a dividing and separating factor in the church of the Lord. We would also most likely have been relegated to the periphery in an integrated, democratic society. Our unification certainly gave us some moral high ground. God was gracious to us during a favourable time in our young democracy. It was a time of remarkable national goodwill and reconciliation – indeed a “kairos” time for an event of this nature to realise. If we had missed that window of opportunity, I believe unification would have become increasingly challenging. We can truly thank God for His grace, favour and wisdom to do the right thing.”
– Dr Isak Burger (Former President of the AFM of SA) 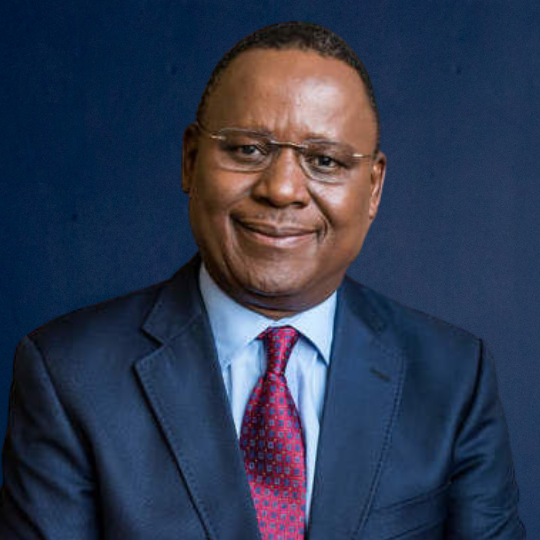 “I thank God that we have walked this journey thus far. I must say that many people missed the fact that the unity of the Apostolic Faith Mission of South Africa was extraordinary. The AFM has moved further than any other church in terms of its unity. Not many people understand how challenging this experience was. We walked a long journey with an Apartheid church that was a child of its time. We had to listen to the Holy Spirit speaking to us and we had to work together to ensure that the AFM gets united. 1996 was a culmination of this miracle. I am pleased that 26 years later, I can say that I am proud of the AFM for listening what God wanted to do. We are now united and can preach the Gospel together without worrying about that history.”
– Past. Frank Chikane (Former Deputy President of the AFM of SA & Former President of AFM International) 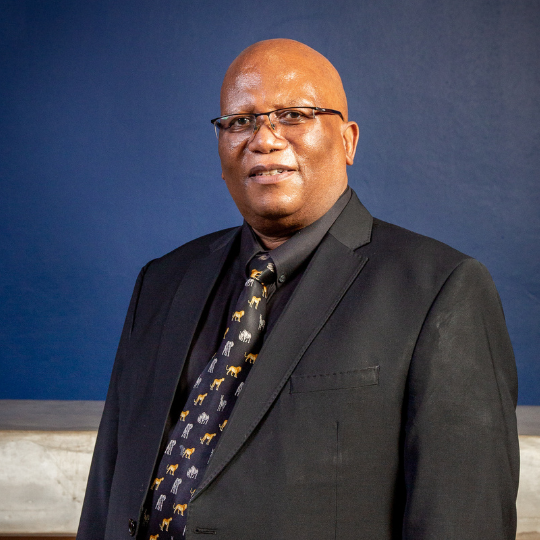 “The acceptance of the Declaration of Intent document was a milestone achievement. In this document the AFM declared that racial discrimination cannot be used as a principle in God’s kingdom and in the church. The acceptance of the church’s constitution in 1996 which does not define church members in terms of race was a second historical moment for the church’s unity.  These were the two important decisions that set the church on the path of unity. We must all work together to deepen this unity through meaningful engagement. We must all commit to embracing one another as sisters and brothers irrespective of our various cultures, race, class and gender. In Psalm 133 we are reminded about the beauty and pleasantness of the unity of the saints.”
– Past. George Mahlobo (Former General Secretary of the AFM of SA; Former President of the AFM of SA & Current President of AFM International) 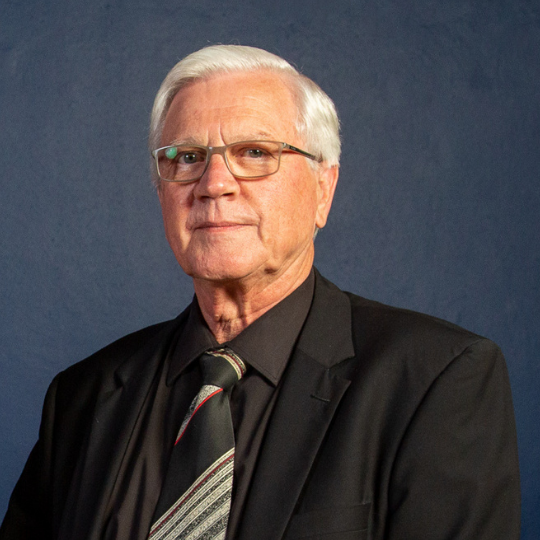 “The unity of the church in 1996 was a culmination of a God-given desire to fulfil His purposes of being one in Him, a unison that extends beyond the boundaries of race, colour and culture; heralding the prayer of Jesus in John 17: 11 “… that they may be one, even as We are.” This unity has had an ongoing profound positive impact on my life as well as those with whom I have contact in my daily dealings within the church. It has broadened my horizons in communicating and reaching out to the community whilst fulfilling the call of the gospel of Jesus Christ, “… Go ye into all the world, and preach the gospel to the whole creation.” (Mark 16:15). It is a wonderful experience to know and gain a richer understanding of one another within a church that has so much God-given diversity and talent. May the fulness of God’s rich and wonderful blessings be bestowed upon every person within the church in our onward journey of knowing Him who was and is and shall be into eternity!”
– Past. Peter de Witt (Former General Treasurer of the AFM of SA)

We cannot say that we have completed the journey to unity yet. It has been and still is a challenge for several reasons. We also still have vestiges of prejudice, superiority and typecasting between cultures.

We acknowledge all the members and leaders who have paid a hefty price and played a persistent role in bringing us to where we are. As the AFM of SA, we are humbly thankful for our journey to unity thus far, and we hope that our experience can in some way assist others.