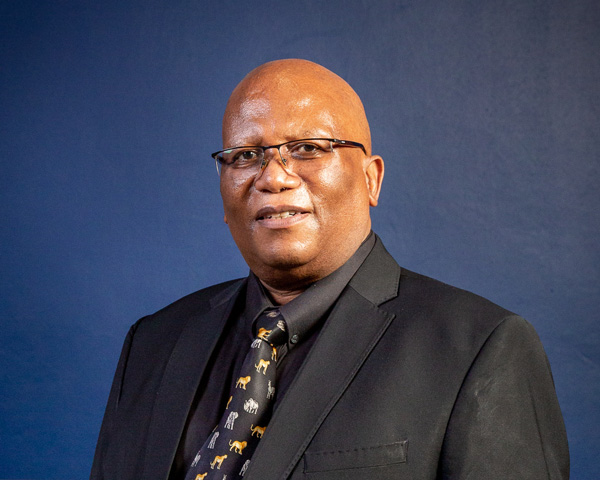 Pastor George Mahlobo was born on the 22nd of April 1954 in Vukuzakhe (Volksrust) in the Mpumalanga province of South Africa. He is the first-born child of the late Eslinah and the late Elliot Mahlobo. His siblings are two sisters, Gabi and Thabile and the other two (a brother and a sister) who are late. He is married to Jacobeth Mabele Mahlobo (Mapohosha) on the 14th of July 1978.

He attended primary school at Vukuzakhe (Volksrust) and high school at Seme Secondary School in Daggakraal near Amersfoort and at the Vryheid High School in Bhekuzulu near Vryheid. He obtained his diploma in theology from the Central Bible College in 1978 and his Bachelor of Theology degree from the University of South Africa in 1984.

Other portfolios outside the AFM of SA include serving as: the Director at Impact Community Christian Radio station since 1998 to date, the representative of The AFM of SA at the Johannesburg Regional Board of the South African Bible Society (1996 to 2016) and a member of the Security Services Christian Advisory Board (which is a body that deals with the policy framework of Chaplaincies in the Department of Correctional Services, South African National Defence Force and the South African Police Services) from 1996-2016. From 2013 to 2017 he served as the co-Chair of the Empowered21 Southern Africa sub-Region and from 2019 to 2020 he served as a member of the Empowered21 Africa Cabinet. He also served as a member of the World Pentecostal Fellowship Advisory Committee from 2016 to 2021. He is also serving as a member of the Pentecostal World Fellowship to the nation of South Africa.

He has a group of Pastors from the AFM and outside of the AFM that he mentors regularly. His ministry has taken him to the five continents of the world and to multiple countries. He keeps himself informed through current media news from the press, TV, and the internet. His hobbies include traditional and Christian Gospel music. He enjoys watching soccer. He has a particular interest in wild game. It is for this reason that he frequently visits game reserves in South Africa and outside of South Africa.

Rev Koosimile was born on the 20th of April 1972 in Molepolole, Kweneng District of Botswana. He is the third born child of Mr Boitswarelo and Mrs Semakaleng Koosimile, with four sisters and three brothers. On the 6th of December 1997 he married Monei Rachel Koosimile nee Sereetsi and they are blessed with 2 children: a boy Obakeng Victor and a girl Katlego Joy.

Rev Koosimile holds a Bachelor of Theology from Tripp Bible Institute (USA) and a Bachelor of Theological Studies from Vision International University (USA). He has also done a three-year Ministerial Diploma at the Central Bible College in South Africa. In 1991 Reverend Jobe completed his Cambridge Overseas Secondary Certificate (COSC) in his home village of Molepolole where he grew up, and did his lower academic level.

Other Portfolios he served on outside of The AFM Botswana include President of Botswana Christian Aids Intervention Programs – BOCAIP (2015-2017) and re-elected for a new term (2019-2021) as President. He became the Vice President of the Evangelical Fellowship Botswana – EFB (2015-2017) and was later elected as President (2017-2019). EFB is an organisation that oversees and coordinates the evangelical Pentecostal and Charismatic churches in Botswana. He also served as the Chairperson of: the Mochudi Prison Visiting Committee, the Kgatleng District Council Child Welfare Committee, the Minister’s Fraternal Mochudi and the Minister’s Fraternal Serowe. Lastly, in 2005 he was licensed as a Marriage Officer and still holds the licence to date.

His ministry and passion to serve compels him to work closely with Non-Governmental organisations, Dikgosi (Chiefs), Village District Committees, the elderly and young people. Hence, he facilitated the Adolescence Sexual Reproduction & Health Workshops and worked with youth groups such as the Youth For Christ in Botswana, Scripture Union (SU) and the Unashamed Movement. 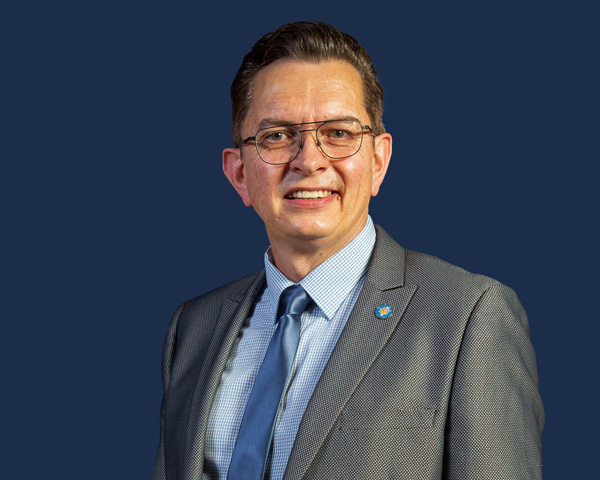 Henri Weideman was born in Kimberley on the 15th of August 1962. He matriculated at Diamantveld High School after which he began his studies in Theology at the University of Johannesburg (then RAU) in 1981. Whilst studying at the AFM Theological College in Aucklandpark, he also completed a Bth degree at UNISA in 1986. During this time he worked at the Helen Joseph (then J.G.Strijdom) Academic Hospital to pay for his studies.

He completed a Bth-Hon degree in Practical Theology in 1988. During the time of compulsory military service, he served in the Chaplaincy for two years. He did his practical training at Rondebosch East Assembly and was elected as regional Sunday School treasurer of the then Southern Cape Region.

Henri was ordained in 1986 after which he served in the Bellville assembly in Cape Town as Youth Pastor. In 1989 he was called to Goodwood Assembly as Pastor of their Children and Youth department. He was elected on the Western Cape Regional Youth Committee as a member and later as leader and also served on the National Youth Council.

In 1997 Bellville Assembly called him back as Presiding Pastor. During this time, he was elected as a committee member of the Western Cape Regional Leaders Forum. He completed a M.A. degree at the University of Johannesburg (UJ) on the role of Pastors in the development of leaders for ministries in local assemblies in 2004. During this time Bellville Assembly reconstructed a furniture warehouse store into a 1300-seater auditorium.

In 2010 he completed a doctorate (D Litt et Phil) at UJ on strategies to support assembly leaders to address the demands of the current times in ministry. During that time, he was elected as leader of the Missio Dei AFM Network. Henri has a passion for the continuous development of Pastors and leaders. In 2008-2009 he participated in coaching training.

He was appointed as National Coordinator of the Pastoral Continuous Development (PCD) initiative of the AFM in 2013. During 2015 he completed training in Mediation. Whilst being in the Bellville Assembly he was involved in community-based organisations and served on the ward committee of sub council 6 in Cape Town, as well as vice chair of the Governing Board of RAMOT (a centre for the treatment of substance dependency).

Henri believes in exercise and a healthy lifestyle and has an interest in gardening, growing miniature trees and doing stained-glass work. He is married to Margaret since 1986 and they have a daughter Inge who is married to Kirk Swart.  Henri and Margaret lives in Pretoria, Irene.

Reverend Josh was born in Salisbury, Rhodesia (now Zimbabwe) on the 27th of February 1961. He is the sixth of 12 siblings born to the late Pastor T. S. Chigorimbo and Mrs Rachel Chigorimbo. With his wife Mrs Sibongile Chigorimbo, they make their home in West Sussex, England (UK).

Prior to heeding the call to full time ministry in 2005, Pastor Josh served in various leadership roles over a period from 1984 to 2004. These include Youth Leader, Provincial Youth Secretary, Scripture Union Advisor, Deputy Headmaster, Worship Leader, Children’s Ministry, Deacon, Elder, Church Secretary, Church Treasurer and Assembly Leader, among others.

Since March 2010, when he relocated to the United Kingdom, Pastor Josh has been serving as Senior Pastor of the AFM Kingdom Worship Centre, an assembly based in Worthing, West Sussex. He has also served as Southern Regional Overseer for the past 11 years. In addition, he has served as General Secretary of the AFM (UK) church for 6 years (post ordination) and 3 years pre-ordination. He now serves as Deputy President of the AFM (UK) and Treasurer General of The AFM International (AFMI). He is also a published author, certified coach, trainer and minister with a passion to inspire holistic growth—in personal, leadership and spiritual dimensions.