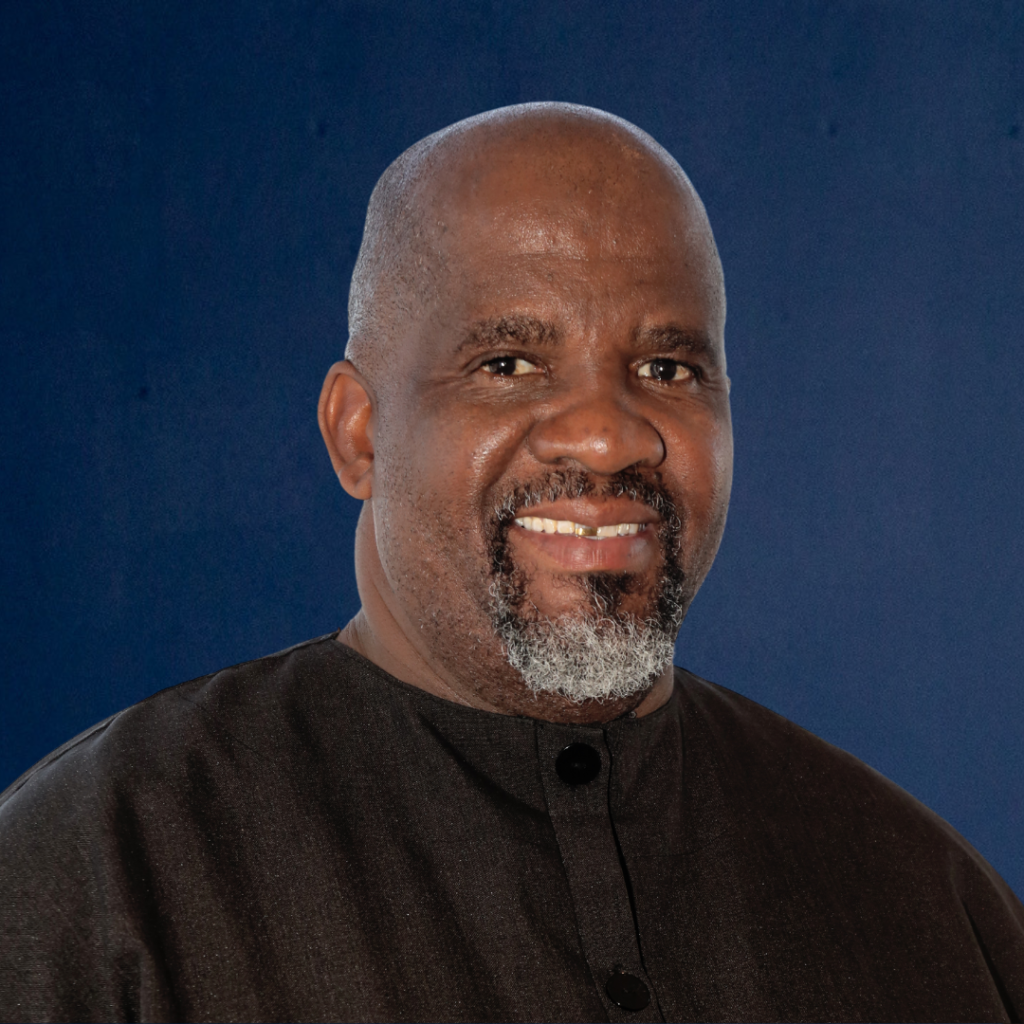 Pastor Makaudi was born on the 19th of July 1974 in Kingswood (farms near Bloemhof). He entered the ministry as early as 1992 as a tent revivalist. From 1993-1997 he worked at the Department of Education in Wolmaranstad (Daeraad School). It was during this time that his school ministry and involvement in AFM Tswelelang Youth Leadership started. He also started in Church Leadership and Outreach Ministry and his calling for the Lord was discovered. From 1997-1999 he studied at the AFMSATI in Soshanguve and received his diploma in Theology.

In 2000-2001 he served his probation in Pampierstad AFM. In March 2001 he was ordained as an AFM Pastor. In 2002 he became a Presiding Pastor of AFM Jouberton in Klerksdorp till to date and pioneering an assembly (AFM Restoration Centre in Klerksdorp). He served in the Far North West Regional Leadership Forum (RLF) as a member and Deputy Chair. He founded a community outreach program “Good Samaritan” which has a great impact on the city and surrounding farm communities. From 2004-2020 he became part of the founding team of the formation of the AFM National Men’s Fellowship (NMF) and a co-ordinator of Men’s Fellowship Conferences. In 2020 he was elected as the AFM National Men’s Fellowship Director. 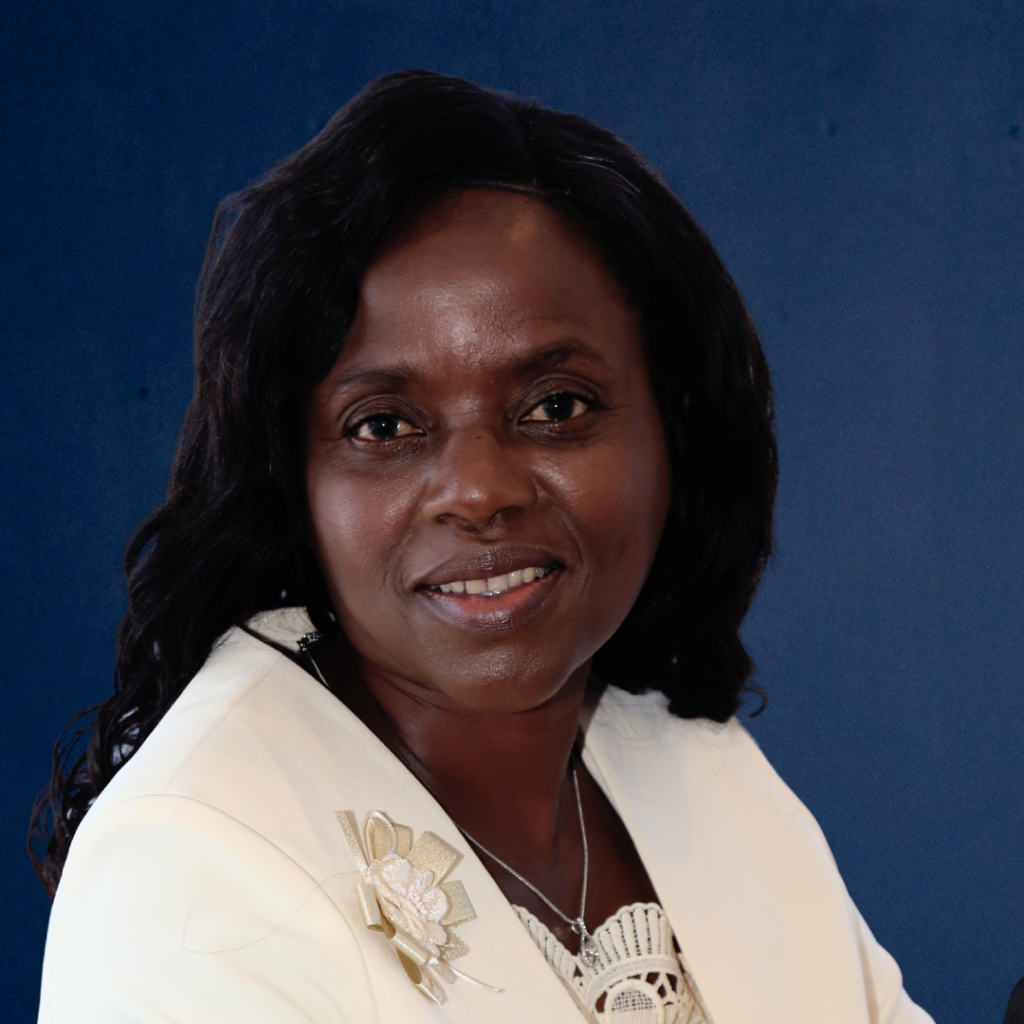 The eighth child of Etienne and Elizabeth Chabane, Ellah Chauke was born on the 22nd of March 1962 at Ha-Mashamba. She was raised at Shikundu in the Collins Chabane Municipality where she completed her basic education at Mayeke Primary School, Shikundu Secondary and Ripambeta High School between 1968 and 1981.

She accepted the Lord as her personal saviour in 1977 and was nurtured within the AFM where she served as a worship leader from 1978.

On 30 April 2022, she got elected to serve as Chairperson of the AFM National Sisters’ Fellowship.

In 2017, Ellah Chauke received her status for ordination on the basis of her BA degree with theological subjects coupled with the completion of AFM-specific prescribed modules. She was duly ordained as a Pastor in the AFM of South Africa in 2018 following a period of ministry integrated learning. She serves as an associate Pastor of the AFM Lulekani Assembly.

She worked as an educator for 31 years in both primary and secondary education. Two years were as Deputy Principal and nineteen years as Principal. Furthermore, she worked for seven years as Chief Education Specialist presiding over the Malamulele North East circuit in the Vhembe District.

She is married to Pastor P.L Chauke and blessed with a son, Emmanuel and a daughter, Nkateko. They reside in Lulekani, Phalaborwa. 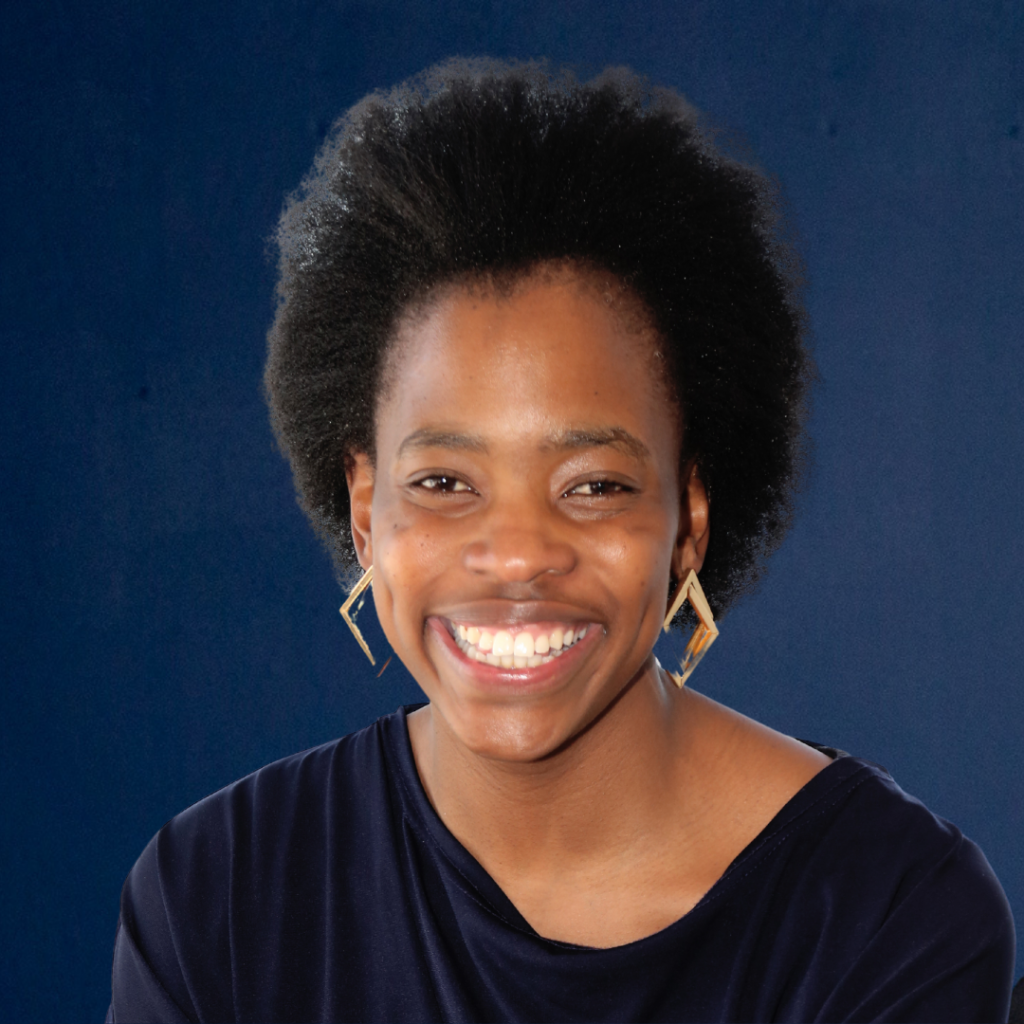 Thandanani Savhasa was born in Johannesburg, on the  19th of November 1989. From an early age, she demonstrated leadership capacity becoming the captain of the Mondeor High School Rowing Club in 2006. In 2007 she was awarded the E.T. TRUE BLUE AWARD – which is awarded to a loyal, enthusiastic caring learner whose positive attitude, integrity, and exemplary behaviour, personify the spirit of the school with heart and passion!

In 2006 she became part of the Youth Leaders at the AFM Naledi Assembly in Soweto and became key in coordinating youth and community initiatives. Her milestones in Youth Leadership occurred in 2014 when the Assembly launched a strategic community focus, called “Church in Community”. Thandanani became a key driver for projects such as Career Guidance Expos, School Holiday Outreach Clubs, and platforms for youth in the community to showcase their talents. To date, these projects are still a key part of the Assembly’s outreach focus.

Thandanani was ordained on the 23rd of September 2018, and a year later became the Presiding Pastor of the Apostolic Faith Mission (AFM) Church of South Africa, Naledi Assembly. She is currently also the Youth Chairperson of the AFM Central Gauteng Region.

She is an ecumenist who understands the role of the entire body of Christ working together and currently serves in the Gauteng Council of Churches as an Executive Member.  She leads church-based community interventions through the Local Ecumenical Action Network in Naledi (LEAN), Soweto.

She is also the Former Youth Co-Chair of a global movement called Next Generation Network (NGN) for Empowered 21 ’s in Africa. Currently, she is part of the coordinating team of special ministry for girls within the church and their spiritual and physical development.

In 2013 she obtained her Architectural (BAS) Degree from the University of the Witwatersrand. She has 10 years of experience in retail, commercial, residential and mixed-use architectural design from leading architectural firms in South Africa and Africa.  Her career milestones include being in the design team for the Time Square Hotel, known as the Maslow, Menlyn in Pretoria.

She also has professional experience working in a Non-Profit Organisation in 2017 as a youth development worker and trainer. She holds a Bachelor of Theology (BTH) Degree from North-West University, completing it with a Golden Key Honours Society Award.

Married to Percy and blessed with a son whose name is Thendo. 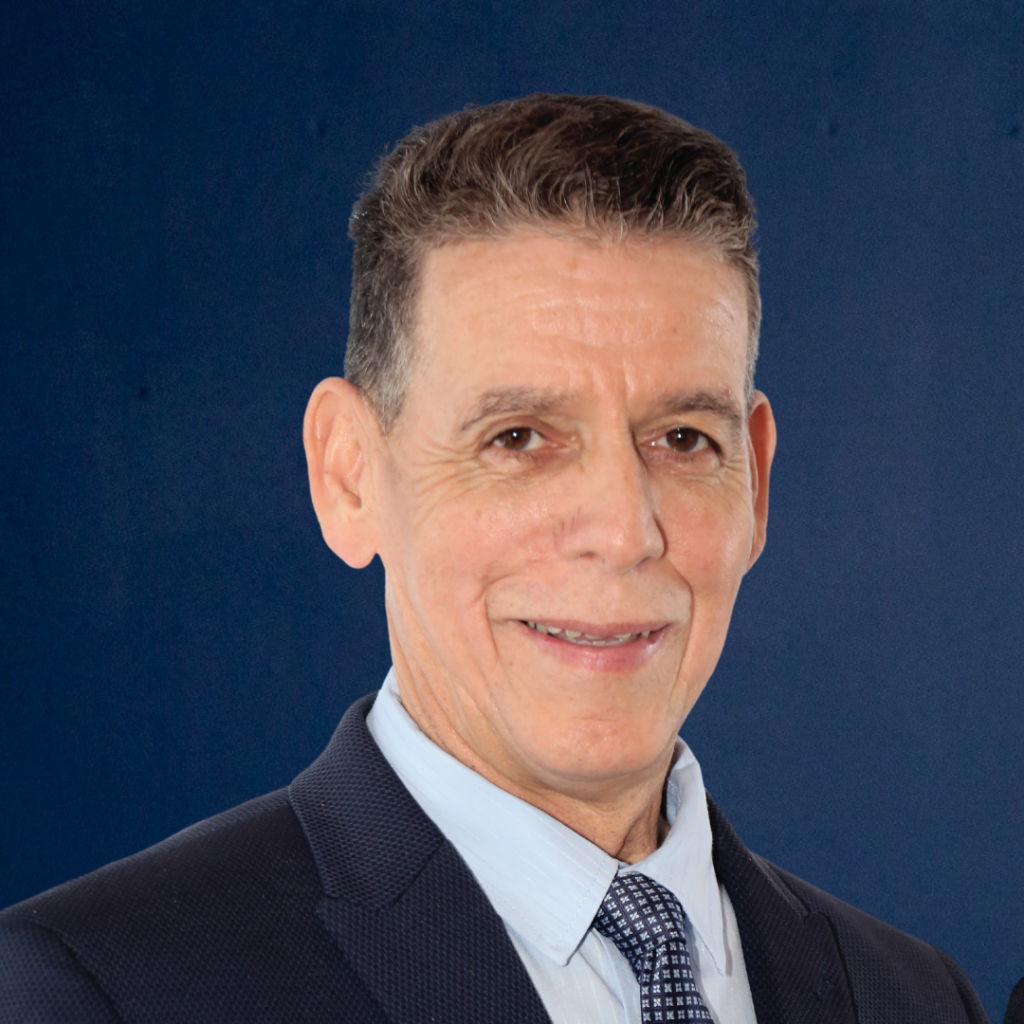 Ashley Samuel Theron was born on the 2nd of November 1951 in East London. He was a member of the youth of the AFM Genadendal and was in Standard 9 (Grade 11) when he dedicated his life to Christ. He was one of the first two youth members of the mentioned Assembly that went to a University.

Ashley Theron qualified as the first Social Worker of the Coloured Division of the AFM of SA in 1973 and became the Youth Leader in both the Sarepta and Kraaifontein Assemblies; and also when he moved back to the AFM Genadendal Assembly in East London during 1974. He later became a member of the Board at the same Assembly.

He was one of the Foundation Members of the AFM Revival Assembly in Eersterust, Pretoria during 1976 and was soon thereafter elected to its Governing Board. He also served as an Assembly Leader for a period of more than a year during the time their Pastor accepted a call to an AFM Assembly in Cape Town until the time a new Pastor was ordained.

Ashley was also a member of the Welfare Committee during negotiations that led to the period when the Composite and Single Divisions united in 1993. He currently is a member of the AFM Revival Centre Assembly in the Better Life Region and serves as an Elder and as a Governing Board member of the mentioned Assembly.

He has been involved in AFM Welfare as a Consultant from September 2017 and was appointed as the Acting CEO on 1 November 2018.

Ashley Theron qualified as a Social Worker during 1993 and is registered with the South African Council for Social Service (SACCP) since then. He is one of the leaders in the welfare field in South Africa.

He has post-graduate qualifications in Psychology, Social Work Supervision and Management. He held leadership positions at municipalities in East London and Pretoria. He was also the head of various structures including the North West Department of Social Development, Social Welfare Services at the National Department of Social Development, Head of Social Governance and Child Protection at UNICEF SA and the CEO of Child Welfare in South Africa. Through his own Training and Development Consultancy, he has trained more than 4,000 Social Workers, NPO Board Members and community members.

He is married to Crystal, a fellow Social Worker and is a proud father and a devoted grandfather. 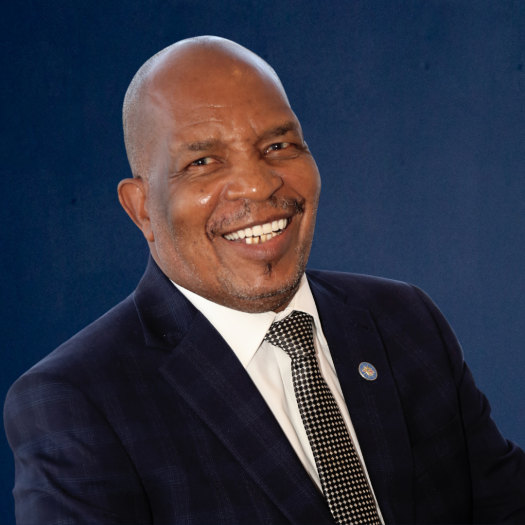 Pastor Alfred Khoza was born in Lebotloane (Hammanskraal), in South Africa on 13 November 1958. He attended his primary school at Lebotloane Primary School and completed his matric at Thulare High School in Lebotloane.

After completing his matric he worked as a site clerk at a construction company while studying through correspondence.

He obtained a Diploma in Business Management through correspondence while employed at Fraser Alexander where he worked as a Business Unit Financial Controller in the Northern Business Unit (North West Province).

He was one of the Management Board Members of the Northern Business Unit.

Pastor Alfred Khoza is married to Agnes and they are blessed with a daughter Lebogang and a son Obakeng. They stay with their granddaughter, Omphile, in Hammanskraal.