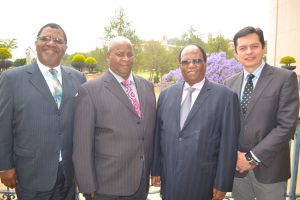 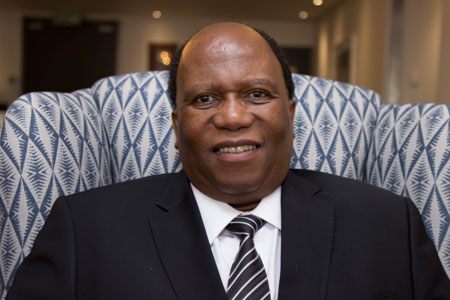 Pastor George Mahlobo was born on the 22nd of April 1954 in Vukuzakhe (Volksrust) in the Mpumalanga province of South Africa. He is the first born child to the late Eslinah and the late Elliot Mahlobo. His siblings are two sisters, Gabi and Thabile and the other two (a brother and a sister) who are late. He is married to Jacobeth Mabele Mahlobo (Mapohosha) on the 14th of July 1978.

He attended primary school at Vukuzakhe (Volksrust) and high school at Seme Secondary School in Daggakraal near Amersfoort and at the Vryheid High School in Bhekuzulu near Vryheid. He obtained his diploma in theology from the Central Bible College in 1978 and his Bachelor of Theology degree from the University of Pretoria in 1984.

Ministry portfolios within the AFM of SA in which he also served are:

Other portfolios outside the AFM of SA in which he served: He serves as the Director at Impact Community Radio station. He is the representative of the AFM of SA at the Johannesburg Regional Board of the South African Bible Society. He is also serving as a member of the Security Services Christian Advisory Board which is a body that deals with policy framework of Chaplaincies in the Department of Correctional Services, South African National Defence Force and the South African Police Services.

From 2013 to 2017 he served as the co-Chair of the Empowered21 Southern Africa sub-Region. He is serving as a member of the World Pentecostal Fellowship Advisory Committee since 2016 to date.

His ministry has taken him to the five Continents of the world and to multiple countries. He keeps himself informed through current media news from the press, TV and internet. His hobbies include Traditional and Christian Gospel Music. He enjoys watching soccer. He has a particular interest in wild game. It is for this reason that he frequently visits game reserves in South Africa and outside. 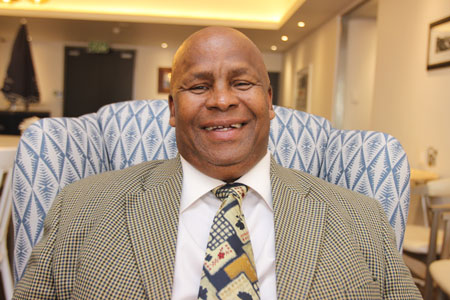 He attended Germiston Secondary School up to Grade 7, completed Grade 8 at the Francois Visser School, Grade 9 and Grade 10 at the Faure School for Boys and his matriculation through correspondence studies.

He entered the ministry in Kakamas in 1976.
After Dr. La Poorta completed his Diploma in Theology at the Sarepta Theological College, he pastored the assembly of Upington.

1996 marked his election as Youth Director of the Youth of the United AFM and in 1999 he was elected as Deputy President of the AFM – a position he still holds.

Dr. La Poorta played a significant role in the unification of the AFM, first as a catalyst between the former African, Coloured and Indian Sections and later between the Composite (Black) and Single (White) sections of the AFM.

Japie has been married to Susan since 1977 and they have four children, Althea, Susan Jnr., Jacqueline and Shelton. They live in Highbury, Kuils River, Cape Town. 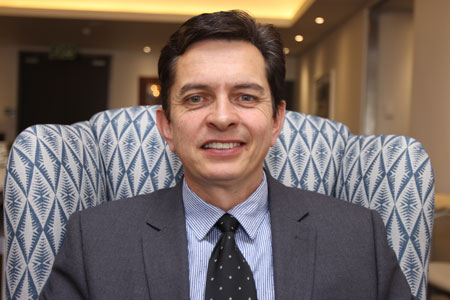 Henri Weideman was born in Kimberley on the 15th of August 1962. He matriculated at Diamantveld High School after which he began his studies in Theology at the University of Johannesburg (then RAU) in 1981.

Whilst studying at the AFM Theological College in Aucklandpark, he also completed a Bth degree at UNISA in 1986.
During this time he worked at the Helen Joseph (then J.G.Strijdom) Academic Hospital to pay for his studies.

He completed a Bth-Hon degree in Practical Theology in 1988. During the time of compulsory military service, he served in the Chaplaincy for two years.

He did his practical training at Rondebosch East assembly and was elected as regional Sunday School treasurer of the then Southern Cape Region.

Henri was ordained in 1986 after which he served in the Bellville assembly in Cape Town as youth pastor. In 1989 he was called to Goodwood assembly as pastor of their Children and Youth department.

He was elected on the Western Cape Regional Youth committee as a member and later as leader and also served on the National Youth council.

In 1997 Bellville assembly called him back as presiding pastor. During this time he was elected as a committee member of the Western Cape Regional Leaders Forum.

He completed a M.A. degree at the University of Johannesburg (UJ) on the role of pastors in the development of leaders for ministries in local assemblies in 2004. During this time Bellville assembly reconstructed a furniture warehouse store into a 1300 seater auditorium.

In 2010 he completed a doctorate (D Litt et Phil) at UJ on strategies to support assembly leaders to address the demands of the current times in ministry.

During that time he was elected as leader of the Missio Dei AFM Network. Henri has a passion for the continuous development of pastors and leaders. In 2008-2009 he participated in coaching training.

He was appointed as national coordinator of the Pastoral Continuous Development (PCD) initiative of the AFM in 2013.
During 2015 he completed training in Mediation.

Whilst being in the Bellville assembly he was involved in community based organizations and served on the ward committee of sub council 6 in Cape Town, as well as vice chair of the governing board of RAMOT (a centre for the treatment of substance dependency).

Henri believes in exercise and a healthy lifestyle and has an interest in gardening, growing miniature trees and doing stained-glass work. He is married to Margaret since 1986 and they have a daughter Inge.
Henri and Margaret lives in Pretoria, Irene. 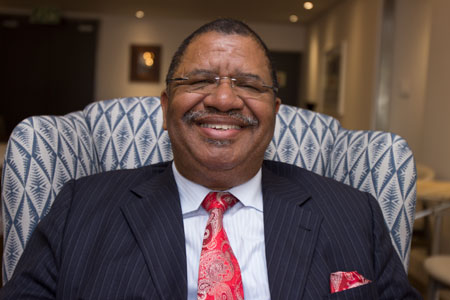 Pastor Barend Petersen was born on the 21st of March in 1960. He grew up in Ravensmead AFM and actively participated in the activities of the congregation from an early age.

Barend was educated in the Western Cape and studied through the University of South Africa where he obtained his B.Compt (Hons) Degree. He qualified as a chartered accountant in 1995.  Barend has broad international business experience in the mining, oil and energy industries, finance, auditing, stakeholder management, business turnarounds, corporate recovery, consulting and corporate governance and is a director of several companies.